Iguazu Things to Do 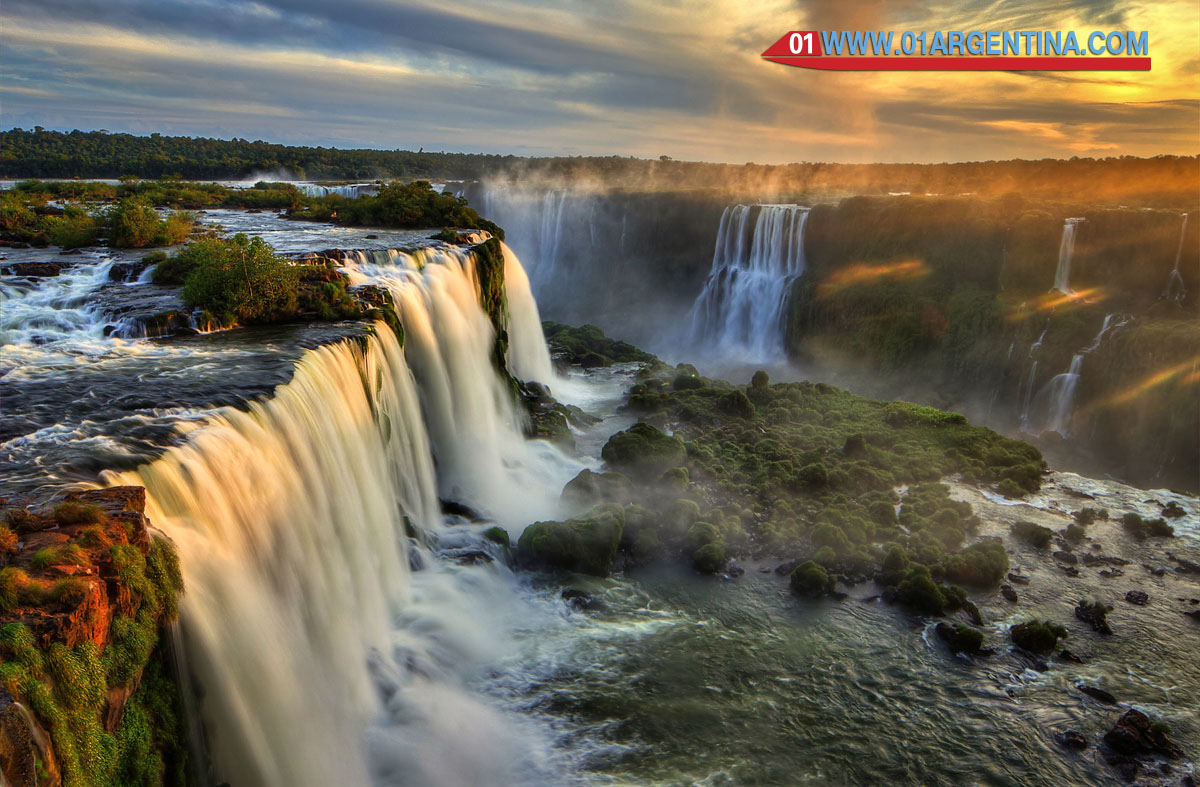 Beyond the dominions of the Falls, whose destructive force makes its way through the scarce gaps of the Misiones jungle, any possibility of delineating a moderately interesting route seems to be diluted. But it is a question of having patience: the vegetal mantle reopens to 20 kilometers of the greater piece and they appear the numerous attractions of Puerto Iguazú. Near the Three Frontiers crossed by the rivers Iguazú and Paraná, the original Guarani culture merges with the baggage of European immigrants and the typical flavors are combined with historical sites, pre-Hispanic traditions, recreation and sites dedicated to the preservation of the natural environment. Here are ten suggestions to take the pulse of this unique place, wrapped in jungle and reddish earth in the generous geography of Mesopotamia.

In the heart of the Iguazu National Park, the roar of the Falls attenuates any sound, to the point of minimizing it as a timid rumor. In this confinement of Misiones, wrapped in jungle and reddish earth, the waters of the Iguazú river come agitated and turn from 275 jumps. The moving spectacle, which explodes in the Devil’s Throat, leaves tourists unmoved, regardless of their origin. It fills their eyes, disturbs them and shakes all their senses. The heartbeat begins to accelerate with the appearance of the Dos Hermanas jump. They are three parallel falls of 30 meters of height, that go to stop to a green piletón and the flocks of magpies, thrushes, calandrias and carpenters shake.
The jungle deigns to unveil its veil and the panoramic is soaked with the torrent fired by the San Martín jump, the central attraction of the Lower Circuit. The orange spots of the gomones that are encouraged to expose themselves to the deluge are blurred by the water that also thrusts from the Escondido jump. After the effort suffered equally by the crew and their passengers, both recover recovered forces facing the sun on the sandy beach of San Martín Island. A timely rainbow, stretching from the Brazilian coast to the steep ravines of the Argentine side, paints the twilight with vivid colors. Under the predominance of the green of the forest, flocks of hummingbirds, toucans and thousands of butterflies contribute to the chromatic festival, which extends to the gaudy red of the flowering ceibos, the yellow of the perobá and the coppery tone that the cupay adopt, More Afternoon, the night walks in the light of the full moon exhibit this magnificent protection of nature through its profusion of sounds and perfumes.

Milestone of the Three Borders

The renewed coastal walk of Puerto Iguazú accompanies the final section of the course of the Iguazú River until its mouth in the Paraná. From the Milestone of the Three Frontiers, the shores of Brazil, Paraguay and Argentina are three sections cut from the same geography. At the entrance you can see the renovated design of the artisans’ shops, which offer yerba, lacquer mates, liquid glass, pumpkin, incense and yerba wood, wooden souvenirs and Wanda (semi-precious stones) Iguazú).
The classic postcard of the blue and white obelisk and masts of the three neighboring countries was removed from its original location and relocated at the starting point of a footbridge built on the ravine, which offers new viewpoints to photograph the circular amphitheater of the Brazilian coast, The minimal facilities of Puerto Franco (in Paraguay), the blurred silhouettes of the buildings of Ciudad del Este and a cut of the Puente de la Amistad, the international step linking Paraguay with Brazil. Once the sun ceases to illuminate this traditional walk of Puerto Iguazú, five foci and four columns of sound are lit and the dry square is soaked by the dancing waters of a fountain. For eight minutes, the show “Light and sound” recreates the encounter of the three cultures merged in this region.