Tour of the ruins of San Ignacio 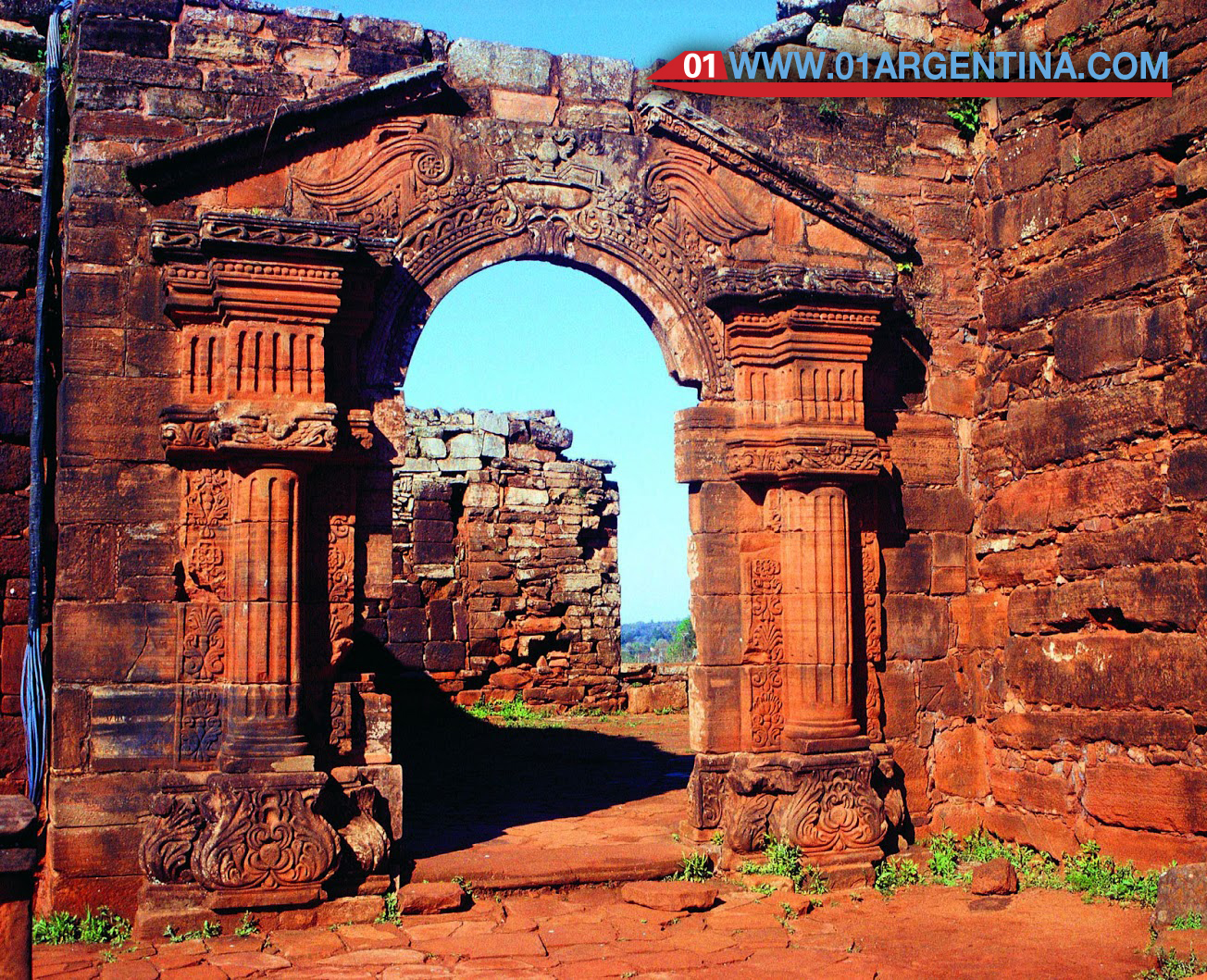 San Ignacio has been declared a World Heritage Site by UNESCO.

Among the thick jungle missionary relief from the ruins of the Reduction of San Ignacio, the remains of a civilization designed by Jesuits and constructed by Guarani hands that stood out for its efficiency nearly 400 years ago and for that reason should perish stands. The facade of the temple was made entirely of pink sandstone in 1610 and American Baroque design was rebuilt by a group of scientists for the past century. It is that the reduction had been buried in the jungle for nearly two centuries.

Thousands of tourists visit it every year. It is located in the center of the town of San Ignacio, on route number 12 to 60 kilometers of Posadas. The right wall of the temple today looks flawless, since during the summer the group of specialists was grooming. This is possible because the World Monuments Foundation donated $ 50,000 for that, step by step, all the walls of this monument that due to the tropical climate of the region tends to be covered with small microorganisms that decompose will stop shining.

The best known ruins of the reduction of San Ignacio Mini, a Jesuit mission founded in the early seventeenth century to evangelize the native Guarani, the Jesuit priest, now San Roque Gonzalez de Santa Cruz, are in the current town of San Ignacio in Argentina’s Misiones province, about 60 km distant from the provincial capital, Posadas. Although the initial seat of San Ignacio Mini (San Ignacio Mini I) is located at the northern end of the current Brazilian state of Paraná between the sixteenth and eighteenth centuries the territory of such state hispanojesuítica formed the region of La Guayra.

Origin and history of the mission

The original mission was erected by the priests José Cataldino and Simon Pot in the region that the natives called Guayrá and the Spaniards called La Pinería, in the state of Parana (Brazil), about 1610. In 1631, most of the reductions were besieged and destroyed by the Paulistas Bandeirantes or Mamelukes. Only San Ignacio and Our Lady of Loreto resisted the attacks, but in 1632 decided to move to the region Paranaimá westward. Despite the organization of native militias organized and trained by the Jesuits of military vocation, hostilities forced to retreat back eastward to its present location, where in 1696, after having several sites that were abandoned later reestablished definitely. He then received the name of San Ignacio Mini (“the child”, I enguaraní) to distinguish it from the previous San Ignacio area, then called San Ignacio Guazú (“most”).

Today San Ignacio Mini is the best preserved missions in Argentina. The plan of the mission is common to most of those built by the Jesuits at the time: a central square around the church, the House of the Fathers, the cemetery, the houses and the town hall are distributed. In San Ignacio building local stone was used in large pieces. The dimension of the work has meant that, despite years of decline, most of the walls still standing.
The Jesuit Ruins of Mission San Ignacio Mini, along with those of Our Lady of Loreto, Santa Ana and Santa Maria Maggiore (currently in Argentina) and São Miguel (Brazil) were declared World Heritage Site by Unesco in 1984 . The Santísima Tavarangue Trinidad and Jesus in Paraguay, were declared a World Heritage Site in 1993

Site where a community of descendants of Guarani is maintained, there you can see some of their authentic crafts and visit local herbalists and other crops, such as what crops Kaa-hee, stevia, or “sweet herb” (an alternative to sugar and artificial sweeteners).
In the resort it is also an interpretation center, which provides information on the history and culture of the missions, as well as organizing educational shows.