The city of Foz de Iguazú 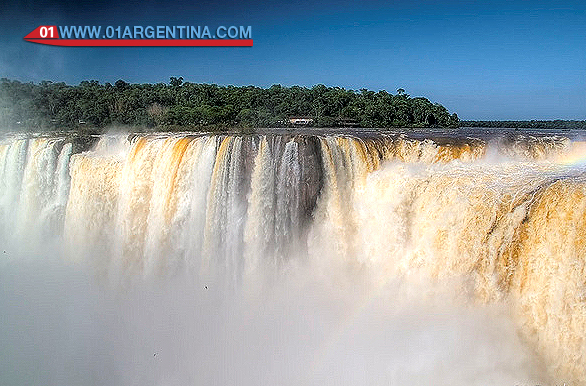 A modern city but with a distinctive ecological accent. Conformed by 72 ethnic groups from the whole world, which together with Brazilian culture have influenced the history, gastronomy and customs of the city. In the middle of the Triple Frontier, Foz offers entertainment for the whole family, excellent gastronomy and accommodation offers and interesting tourist activities. Get to know this beautiful city. 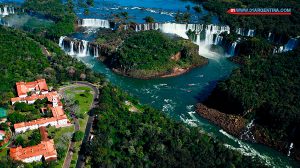 The city of Foz de Iguazú (or simply “Foz” for friends) is a town located in the extreme west of the state of Paraná, south of Brazil. Visit the second most populated city of the Triple Frontier next to Puerto Iguazú of Argentina and Ciudad del Este of Paraguay, connected by the Tancredo Neves International Bridge and the International Friendship Bridge, respectively.
Obviously the main economic engine is tourism. In fact. The city has three of the most important tourist attractions of the region, which – in our opinion – can not miss in your itinerary:

1. Of course the Iguazu National Park, with a unique panoramic view of the Iguazu Falls.
2. The Bird Park. Which is practically in front of the National Park, and offers a unique wild tour.
3. The Itaipu Dam. A marvel of engineering between Brazilians and Paraguayans.
The climate is very humid and the rains are frequent in the region. Temperatures are high most of the year and the heat reaches its highest intensity during the summer that covers the months of November until February. Even so, for a short period of time between the months of May and July temperatures can drop abruptly.

The high humidity causes a greater thermal sensation, as much of the heat as of the cold. Sometimes during the summer the heat becomes suffocating, and some tourists who are not accustomed to sub-tropical climates suffer it. So if you have a heat-sensitive health, try to choose other dates to plan your visit, such as spring. 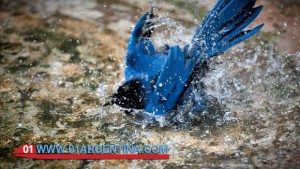 What kind of clothing is recommended to bring in luggage? If you plan to visit Foz in the middle of the year it would be good to bring some winter clothes with you; Otherwise summer clothes are more appropriate. Even so, it is always good to have some waterproof clothing in case of storms. It is important to remember the importance of using sunscreen and insect repellent during your stay.

Foz do Iguaçu (in English: Foz de Iguazú, “foz” – “boca”) is a town in Brazil located in the extreme west of the state of Paraná, on the border with Argentina and Paraguay. Its estimated population in the year 2012 was 255 987 inhabitants, and with more than 650 thousand inhabitants in the urban zone formed by Foz, Ciudad del Este in Paraguay and Puerto Iguazú in Argentina.
Foz do Iguaçu’s main sources of income are tourism and electricity production. The city is famous for its tourist attractions, which attract people from Brazil and the whole world. Among them are the Iguazu Falls, the Itaipú Hydroelectric Dam and the place where the Iguazú River has its mouth in the Paraná, known as the Triple Frontier. 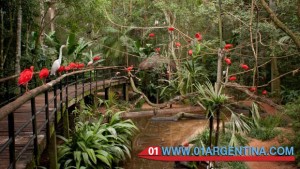 Foz do Iguaçu is considered one of the most multicultural cities in Brazil. Various large ethnic groups can be found in the city. The main groups are Italian, German, Lebanese, Chinese, Ukrainian, Japanese and neighboring countries (Argentina and Paraguay).

Brazilian gastronomy is undoubtedly one of the best in the world. It offers intense flavors, uses great variety of ingredients and is also very nutritious. Foz de Iguazú has a great diversity of restaurants specialized in different gastronomic areas.

In any Brazilian table coffee may be lacking; In fact, Brazilians call breakfast “café da manhã” (morning coffee), and in many places at the snack (eleven or lunch), they also call it “café da tarde” (afternoon coffee).

In Foz do Iguaçu as in any other place in the country, you can experience good coffee generally in specific cafes, with special machines for processing. According to national custom, coffee is always accompanied by other foods to enhance the flavor and turn the time into a complete meal.
History of coffee in Brazil 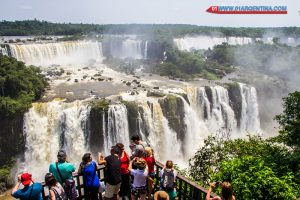 In other countries it is simply another hot beverage, but in Brazil it is a national symbol. Yes, coffee has gained a prominent place in Brazilian culture. In music, poetry and even politics, there are references to these dark roasted grains of tropical regions. But how did coffee become so important in Brazil?

Those familiar with the matter will know that coffee is native to Africa, specifically northern Ethiopia. Making a little history, during the fifteenth century the Arabs played a vital role in spreading this new brew throughout the Muslim world of that time: Egypt, Persia and Turkey.

Entering the sixteenth century, this drink entered first Italy and then the rest of Europe. Acceptance was so good in this continent that by the middle of the eighteenth century there were already coffee shops in all the major European cities. When would this wonderful drink arrive to America and Brazil?
Brazil was once a coffee producing empire. In fact, it is estimated that just over one-third of the world’s coffee production comes from Brazil, and this is a huge amount.
Brazilian gastronomy is undoubtedly one of the best in the world. It is highly nutritious, uses great variety of ingredients and offers intense and striking flavors. Foz do Iguaçu has a great diversity of specialized restaurants.
Pizzerias, Undoubtedly, pizza is a food that has broken cultural and racial barriers. And Brazilians like it so much that each neighborhood has one or two pizzerias. A culture has been created around pizza and as a result interesting varieties and very tasty combinations have been made; Using traditionally Brazilian ingredients or even from the region itself.