Eco-tourism in the Iguazu Falls 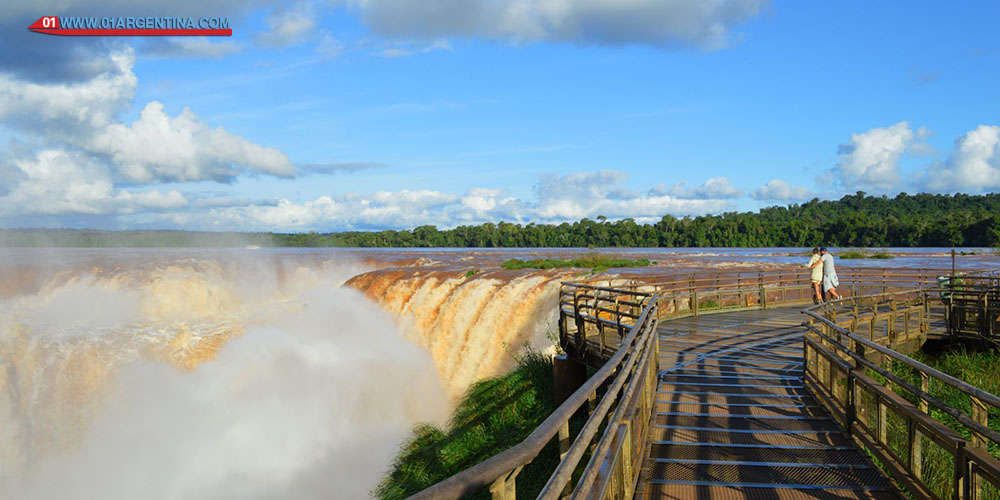 The reserve is located in the department of San Pedro and Guarani, which includes the municipalities of San Pedro and El Soberbio, in the east central area of the province of Misiones. The site has 10,500 hectares and integrates the call Biosphere Yabotí. It is a better dela areas where the forest is preserved Parana.

In this book you will safaris that allow you to have intimate contact with nature, as the reserve remains intact all its biodiversity and natural wealth.

The concept of “Biosphere Reserves” was first used around the ’70s. Since then, over 75 countries have adopted this concept and about 300 protected areas have been included in this category. What differentiates Biosphere Reserves of different types of protected areas is that the local population of the reserve should be part of it, playing a constructive role and active management of the same participating.
The draft Yabotí, presented in 1992 by President Carlos Menem in the World Ecological Meeting held in Rio de janeiro in 1992. Thus, through the Provincial Law 3041 and Regulatory Decree 2472/93 its way conservation and good some of the natural resources of Misiones, creating this reserve. In Argentina there besides the Yabotí Reserve, five other Biosphere Reserves.

The Yabotí Reserve is in a location bordering with Brazil, more precisely with the State of Santa Catarina. It is for this reason that constantly contrasts with an area that has been modified, either from the demographic point of view as well as agricultural and cultural. This puts all kinds of pressure: cultural pressure, given by radio and television; geopolitical pressure because bridges and trade; legal pressure, given by the illegal occupation of land and ecological pressure as hunting is practiced and exploited wildlife and fauna.

All these problems could be reversed through political work in which awareness of the wealth and importance of this zone are done. In the Reserve Fortin Yabotí, this consistently demonstrated since the community is actively involved to achieve sustainable use of resources and care for nature. For this, exploitation alternatives are those that offer a real opportunity to preserve the ecosystem are generated. Moreover, this is very important because it creates a social process that discards the isolated view of preservation, allowing the community to be an active part of this process.

In the book you will find numerous water courses. The largest is the Arroyo Yabotí, with the largest area within the reserve. The stream crosses the central part of the reserve and thus lies east with Pepirí Arroyo Guazú, south of the Uruguay River and west to Paradise Arroyo and Arroyo El Soberbio sector. The reservation lands are mostly private, it is why currently are subject to different types of intervention. The most important intervention is selective afforestation, which preserves the species of the place.
n Regarding the flora of the reserve, in the southwestern part you can view numerous species of black laurel, guatambú, yerba mate, Guayubira, Marmelero, Maria Preta, cancharana, Cerella, white anchico, white parrot, cacheta and ibirá-pitá. In the central part you can find tree fern, brava nettle, cannelloni and Tacuapí.

Also, you can find a large number of epiphytes (plants that grow on other plants) as mosses, orchids, bromeliads, cactus, piperáceas Güembé and voluble vine plants like San Juan and monkey ladder.

With regard to wildlife in the reserve you can view more than 103 species of birds, and mammals such as jaguar, tapir, puma, ocelot, capuchin monkey Caio and river otter. In addition, the reserve has endangered species like the bird bell, harpy eagle, woodpeckers and toucans, among others.
As you see, the reserve is located in the Iguazu Falls in Argentina will offer a unique and close encounter with nature where you can marvel at the variety of species and the daily work of the people who work for conservation same.