Nearby places to visit in Iguazu falls 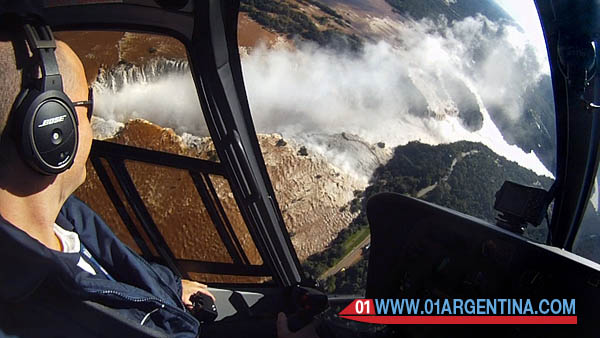 Ciudad del Este is a particular point in the area of ​​the Triple Frontier. known as the Third World market town Miamiy behind Hong Kong, brings tourists-buyers from all corners of South America, in addition to curious tourists from around the world. Ciudad del Este is located within the territory of Paraguay, and in turn is the capital of the department of Alto Parana, located 327 km from the nation’s capital, Asuncion.
Along with Puerto Iguazu (Argentina) and Foz de Iguazu (Brazil) make up the area known as the Triple Frontier in Iguazu. I was connected with Brazil through the International Friendship Bridge.
It was founded by decree on February 3, 1957 and came to be called Ciudad Presidente Stroessner in honor of the dictator Alfredo Stroessner. For its population and development, it is the second largest city of Paraguay, with nearly 600,000 inhabitants in the metropolitan area.
Few people ventured into the region because of the inhospitable jungles that covered. But once the bridge was built in the 60s, the local economy was consolidated and rapidly urbanized. A variety of immigrants, specifically Arabs, Chinese, Korean, Japanese and Brazilians.
The city has a humid subtropical climate without dry season. The average annual temperature is 22 ° C. In summer the temperature can exceed 40 ° C and in winter drop to 40 ° v. In winter there are frequent fogs, and a soft ice.
The main source of income for the city is trade. Ciudad del Este is the third largest free trade zone in the world, after Miami and Hong Kong. Any variety and quantity of products are available at low prices compared to neighboring countries.
Lately the economy has diversified, particularly in agribusiness, as in Ciudad del Este are established the largest agricultural companies in the country.
While shopping tourism is the strong point of the city, in the area there are also attractions such as:
■ The Itaipu Dam, one of the world’s largest hydroelectric plants.
■ A 8 km south, are the falls of Monday, waterfall of the river of the same name.
■ A 20 km to the east, on the border between Argentina and Brazil, are the majestic Iguazu Falls.

The city of Foz do Iguaçu we can locate on the western edge of the northern Brazilian state of Parana, on the border of Brazil and Paraguay conArgentina. Along with Puerto Iguazu (Argentina) and Ciudad del Este (Paraguay) form the trinational region called Polo or Iguazu Resort also TBA. In Argentina, it is connected via the International Bridge Tancredo Neves, and Paraguay by means of delPuente International Friendship.
In 2005 the estimated population of this municipality was approximately 300,000. Today it is believed that easily exceeds 330,000. Foz do Iguaçu is characterized by its cultural diversity. More than 80 nationalities, with a majority of Lebanese, Paraguayans, Argentines and Chinese.
The climate in the region is humid subtropical, with rainfall distributed throughout the year. In the hot summer, the termeratura varies between 22 and 40, and in winter can vary between 5 and 20 degrees.
The main sources of income are tourism city (with emphasis on trade and services) and electricity (the Itaipu Binacional Hydroelectric Dam-). Foz do Iguacu is known for its tourist attractions, which attract people from around the world. The best known is the one that is within the Iguassu National Park: Iguazu Falls. According to a study by elInstituto Brazilian Tourism Board (Embratur) and the Economic Research Institute Foundation, Foz do Iguacu is considered the 2nd most visited tourist destination in Brazil and leisure travelers, just behind Rio de Janeiro.

The City of Puerto Iguazu is in the northeastern corner of Argentina. It is part of the Department of Iguazú, and the province of Misiones. Is the triple border, together with its neighboring cities: Ciudad del Este (Paraguay) and Foz do Iguaçu (Brazil), with the latter having direct connection through the International Bridge Tancredo Neves. This bridge is located on the Iguazu River, and joins the National Route 12 (Arg) to the BR-469 (Bra).
The City is just 23 km from the famous Iguazu Falls, one of the seven wonders of the natural world. So the main economic activity is basically all the work related to tourism from Iguazu: travel agencies, food, handicrafts, entertainment, hotels and other types of accommodations. Although another important economic activity also is the strong business with Brazil.
The climate is warm and humid, typical of the missionary forest, with average temperatures ranging from 15 ° C in winter to 26 ° C in summer. During the summer (late December to early March) heat becomes stifling, especially in the area of Iguazu falls, where there is more moisture concentration. So if the season well at Iguazu falls hard all the year if possible, better would visit them in the best season: spring (between the months of September to December). At this time the rains are less frequent and the heat is not as intense as in the rest of the year.
The town of Puerto Iguazu is 80,020 (according to the last census – INDEC 2010), and is the smallest of the cities that make up the Triple Border. However, the city has a large network of tourist services internationally, for various trips and visits to Iguazu National Park. Besides having everything you need to enjoy your stay without any problem.