San Ignacio has been declared a World Heritage Site by UNESCO. 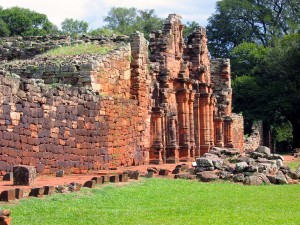 Amidst the dense jungle missionary relief from the ruins of the Reduction of San Ignacio , the remains of a civilization designed and built by Jesuit Guarani hands that stood out for its efficiency almost 400 years ago and why it must perish stands . The facade of the temple was made ​​entirely with pink sandstone in 1610 and its American Baroque design was rebuilt by a group of scientists in the last century . Is that the reduction had been buried under the jungle for nearly two centuries .

Thousands of tourists visit it every year. It is located in the heart of the town of San Ignacio , on route number 12 to 60 kilometers from Posadas . The right wall of the temple today looks flawless , as during the summer a group of the specialists I was grooming . This is made possible by the World Monuments Foundation donated $ 50,000 to , step by step, all the walls of this monument that due to the tropical climate of the region tends to be covered with small microorganisms that decompose are left gleaming .
The architecture impresses even the most disinterested tourist. The same impact caused , four centuries ago, the visitor accustomed to the aesthetic poverty of most of the temples of the Spanish people . Therefore requested that the city’s elite that the very Cabildo of Buenos Aires was designed by Jesuit architects and built in collaboration with indigenous workers. 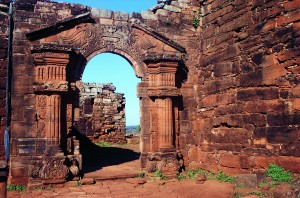 The design of the temple of San Ignacio is an excellent example of American Baroque : columns only fulfills an aesthetic function, as it does not act as a support for the walls. They do cross beams, which are hidden in the same building. Is the purpose of this mega architecture? Above all, the Indians impress Guarani . With such architectural blocks , the presence of the Christian God into the bowels felt .
In the center is the square empty space overflowing architecture, but of symbolic content. Represented the community and her cultural activities of the reduction took place. Strips of houses encircling the square on three sides , and the fourth temple (the only architecture that excels in splendor and height) , the cemetery and the workshops were located aligned.

The homes are clustered in neighborhoods belonging to a chief and his tribe . The chief’s house was the same as the others, but was located in a privileged place: on the front, overlooking the central square. 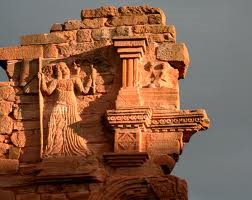 At one end of the square was the dreaded roll . The prisons were rare in the reductions . Things were more subtle : only one column of wood erected on a stone base was necessary to maintain order . This monument present in the sight of all was the symbol of justice and public vergŸenza . One who had violated some rule was tied to the roll and whipped in public. Then he had to admit his mistake and apologize .

Within the missions reigned a community organization , without wealth or luxuries, where everyone worked and consumed alike. They were so successful that , a century and a half after being founded, the Spanish were considered the crown a threat to his aristocratic system and decided to expel them.